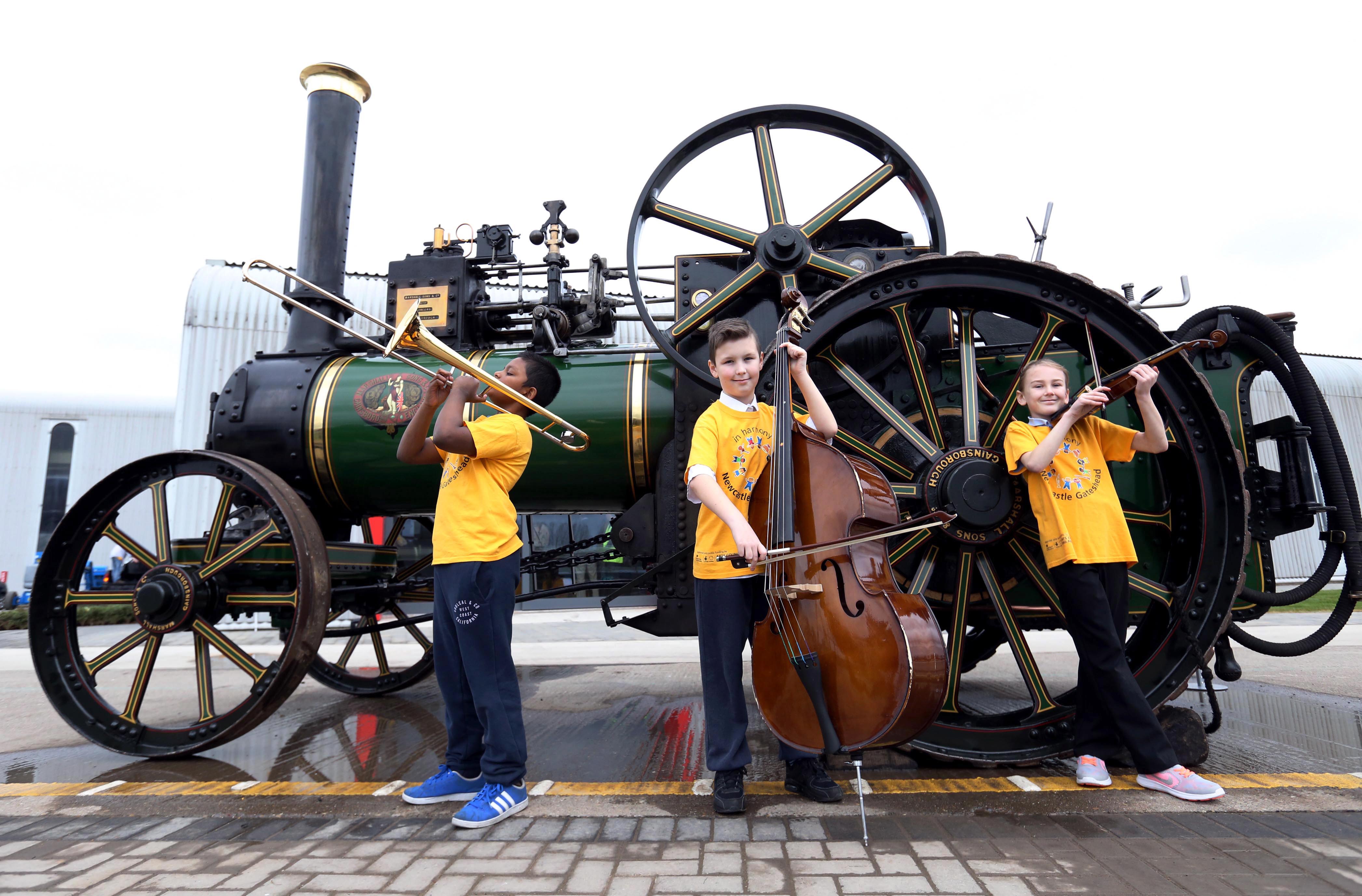 Talented young musicians visited the Armstrong Works to highlight the vital role of creativity in science.

Children from the famous BBC programme ‘The Geordie Symphony School’ joined staff for a rare chance to see one of the world’s oldest working traction engines in action.

Mary Margaret, built in 1889, is on loan to the factory from Michael Davison, a keen enthusiast introduced by Beamish museum. 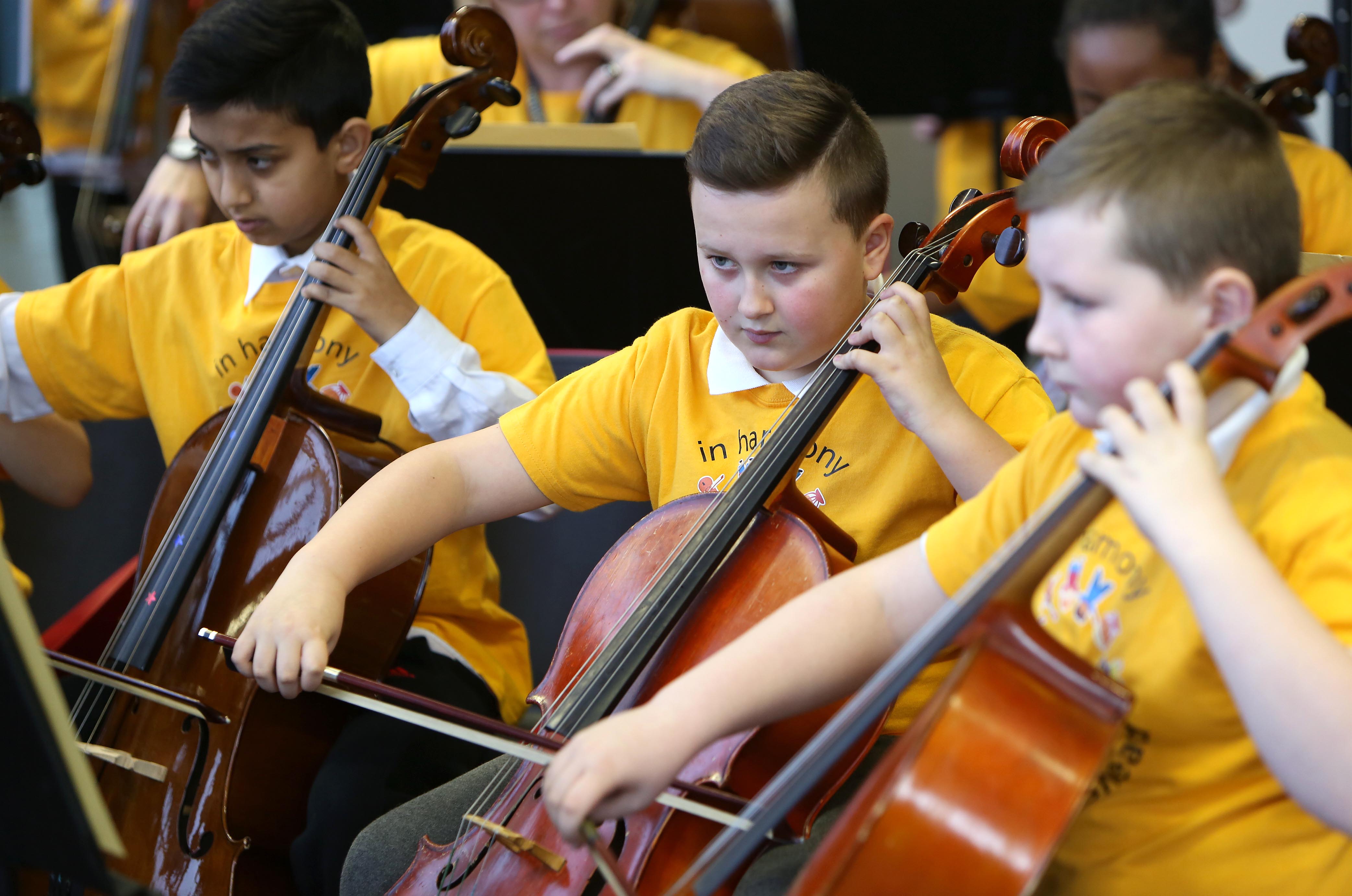 During their visit the youngsters performed their latest composition, ‘Tuba Train.’ They then found out more about what it means to be an engineer from executive chairman of Responsive Engineering, Roger Anderton.

The pupils at Hawthorn Primary School, Elswick, made national headlines when they starred in a BBC documentary about the In Harmony NewcastleGateshead project, which is delivered by Sage Gateshead, and aims to change lives through orchestral music. 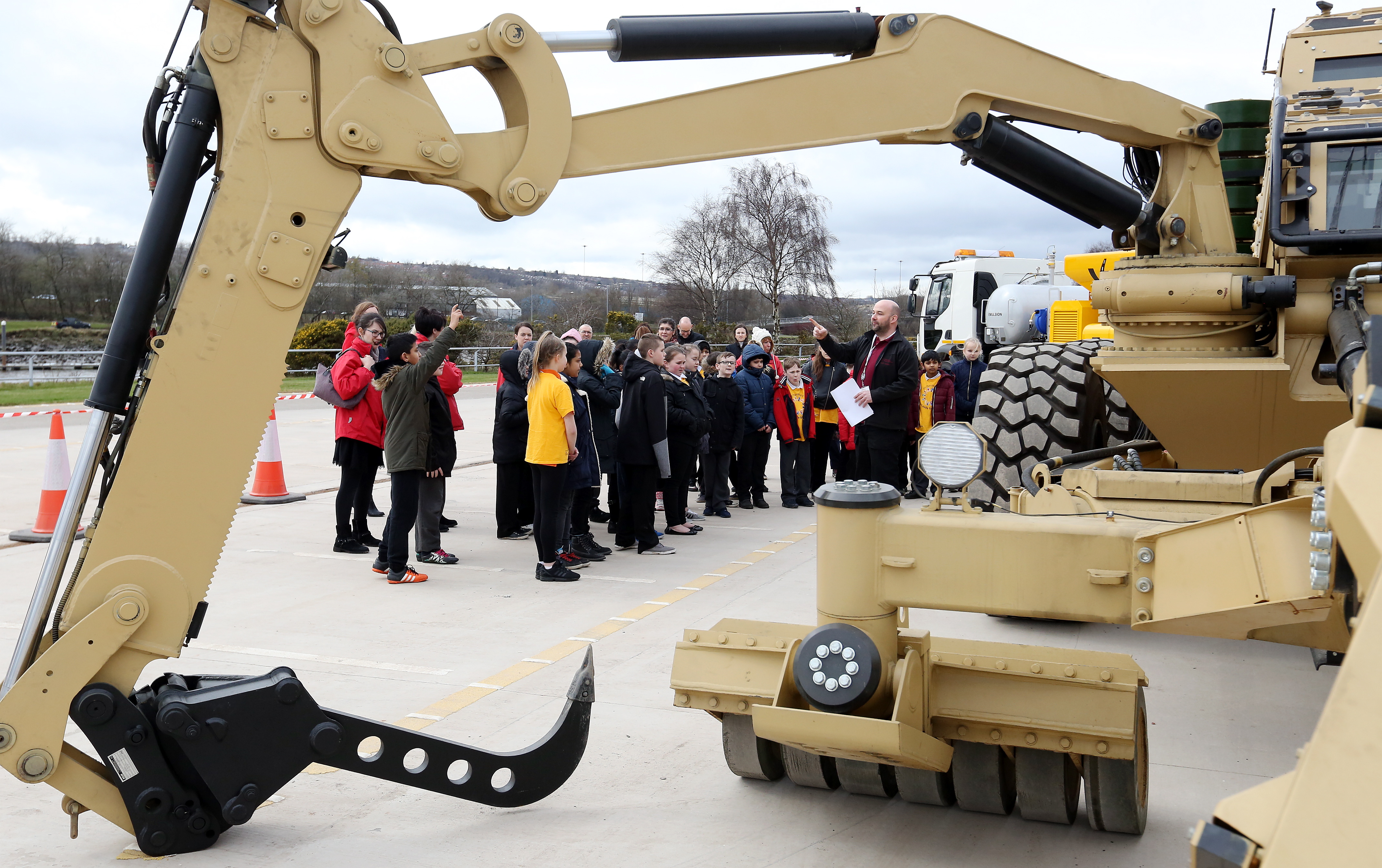 The children question staff about the Pearson Engineering PEROCC

Reece Group CEO, Phil Kite, said: “We need to inspire more talented young people to pursue careers in STEM and hopefully this event helped to show the children what engineering is all about. Engineering is a very creative profession and innovation is very important.”

Head of Hawthorn Primary School, Judy Cowgill, said: “The Armstrong Works has played such a prominent role in the West End of Newcastle, that as well as this fantastic opportunity to see a real steam engine in action, it is also a wonderful chance for the children to learn more about engineering.”

To help attract more young people into STEM careers, calls are growing to emphasise the creativity involved in engineering. 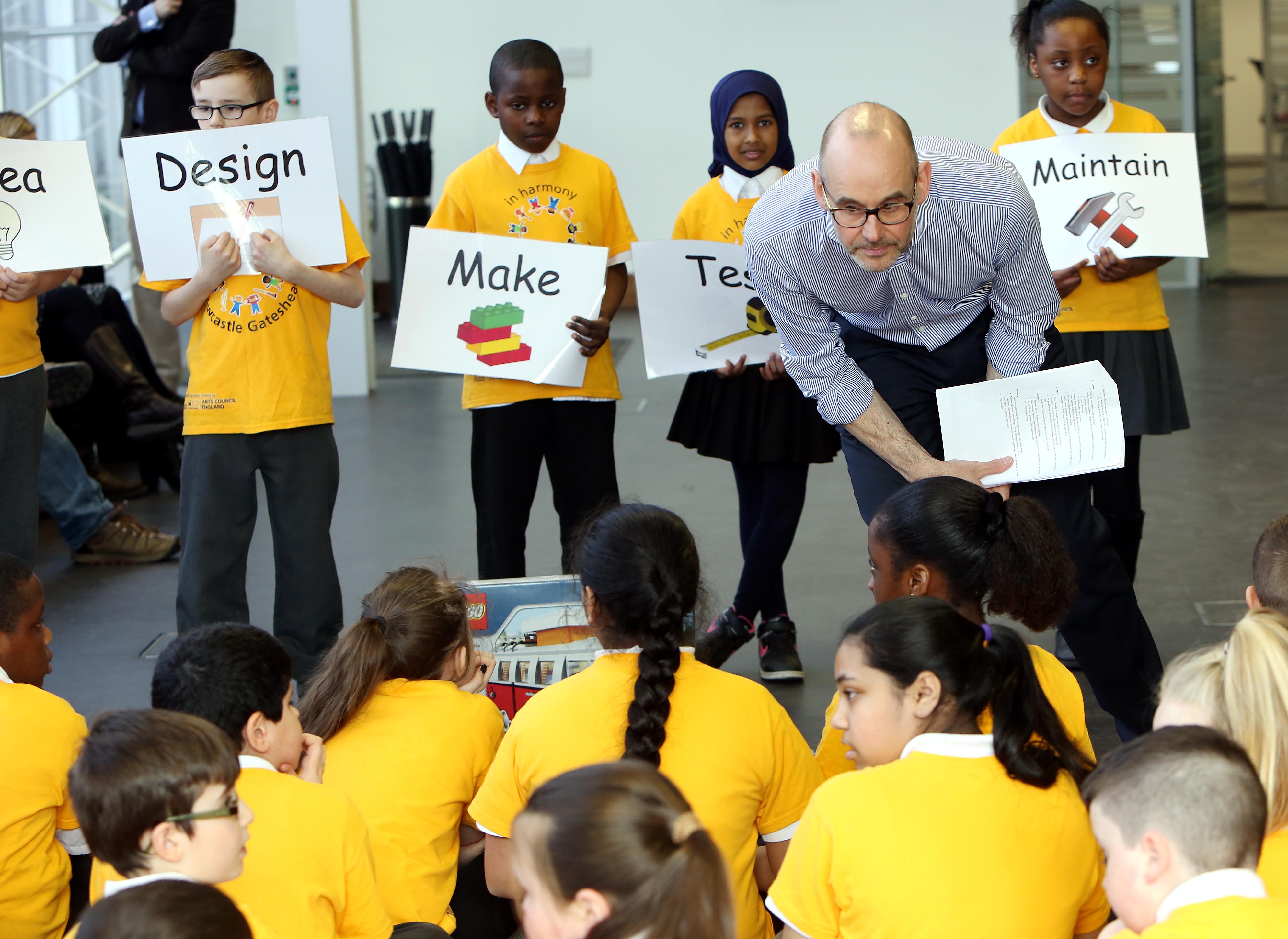 Roger Anderton engages the children in an engineering activity

Edward Milner, head of Music Learning, Sage Gateshead, said: “It is wonderful that Reece Group, one of Sage Gateshead’s valued corporate partners, are working with the In Harmony project to highlight the importance of adding the Arts to STEM to make STEAM.

“This STEAM event offers the perfect opportunity to showcase how education, employment and the arts can inspire generations of young people to explore both their creative and their scientific skills.” 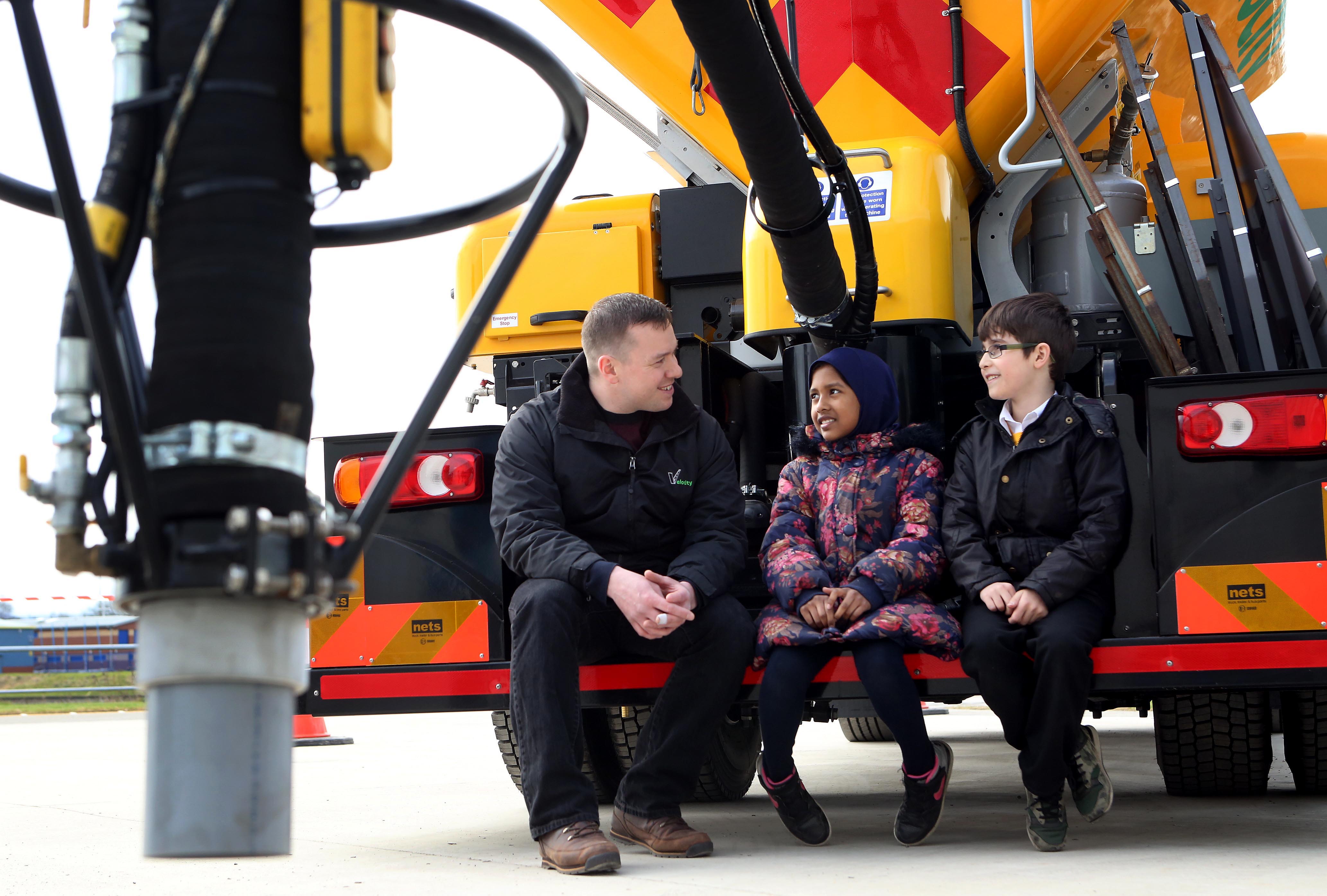 The Velocity Road Patching machine was a hit with the children