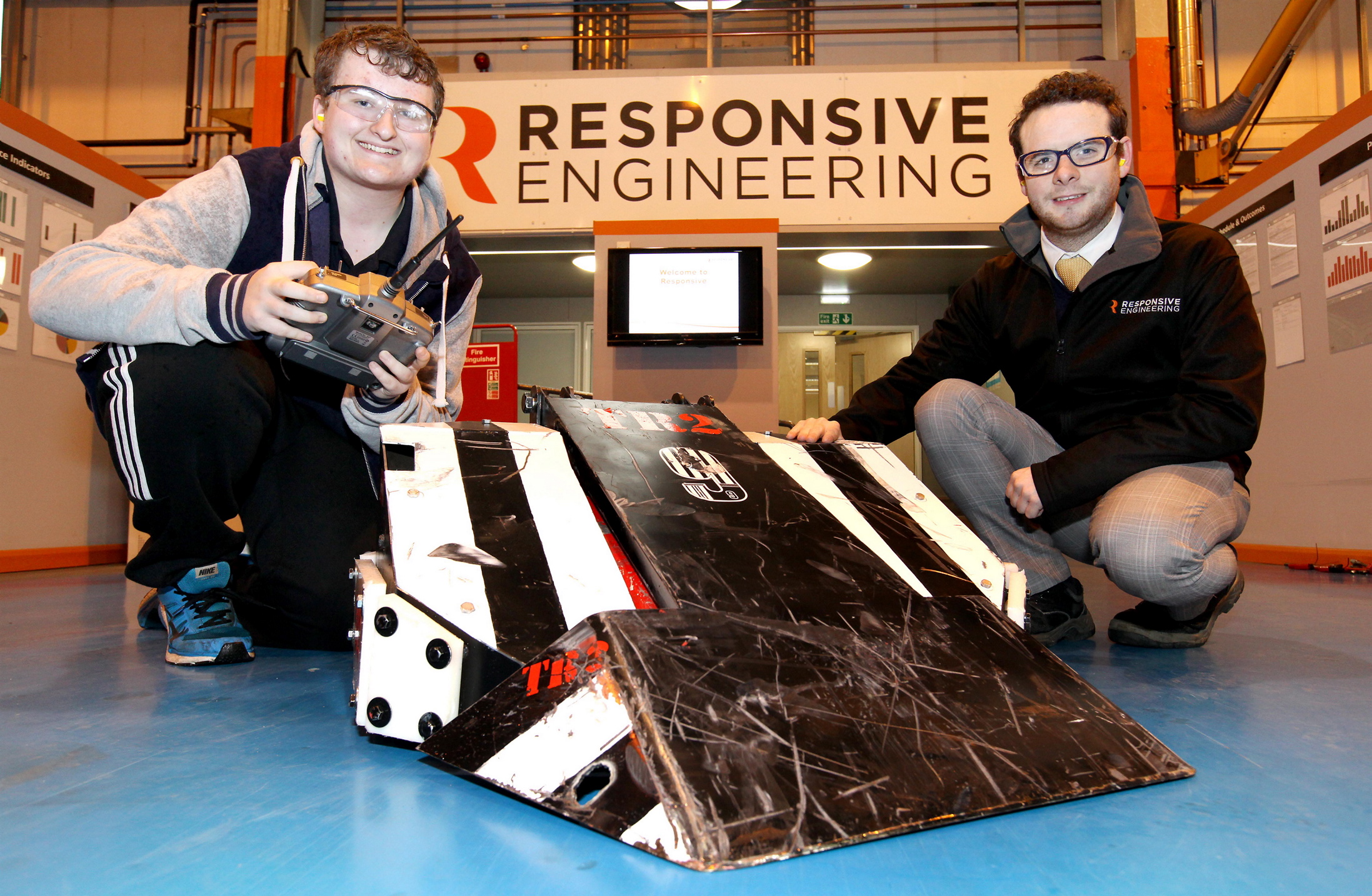 A fearsome fighting robot created by a Tyneside teen became the star of the show when it appeared on TV’s Robot Wars.

Alex Brown was amongst the elite competitors selected to take part in the relaunch of the cult TV programme with his fighting robot TR2, strong enough to flip a one-tonne car.

He also appeared in the Christmas special “Battle of the Stars” when presenter Dara O’Briain took TR2 – (short for Toon Raider 2 and wearing the number 9 Black and White shirt) for a test drive (link to video: https://www.youtube.com/watch?v=gKk29bDaDM8 43:08)

Alex, 16, has been fighting robots for almost 10 years and lifted his first trophy when he was in primary school. He became the youngest ever Featherweight and Heavyweight UK champion winner in amateur UK robot championships and has been hailed as one of the best robot ‘pilots’.  Working together with his parents, Clive and Wendy, he has seen his robots develop from the first “Tiny Toon” through to the latest model – TR2.

Now, thanks to support from Mark Goldie at North East firm Responsive Engineering, part of Reece Group, he has bolstered his original TR2 design. Using the firm’s state-of-the-art machinery in the historic Armstrong Works factory on Scotswood Road, Alex has toughened-up TR2 against the feared “spinners.”

Alex, a pupil at Whickham School, said: “It was fantastic to take part in Robot Wars and to watch Dara O’Briain drive TR2. I used to watch reruns of the original on Saturday mornings when I was five or six and that’s what led us to start building our own.

“We’ve learned such a lot over the last 10 years of fighting robots and thanks to support from Mark and Responsive Engineering I was able to make changes that have strengthened TR2’s weak spots.”

Mark Goldie, a graduate engineer at Responsive Engineering, is used to working on products that need to withstand some of the world’s toughest conditions, such as in the subsea, aerospace and nuclear sectors. 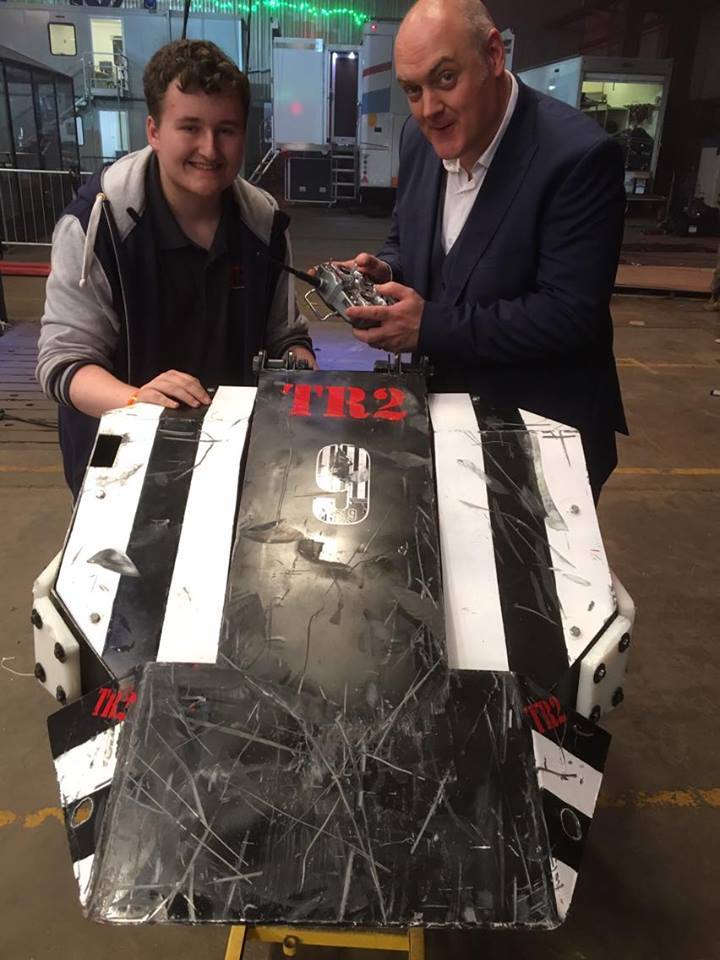 Simon Worrall, business development manager for Responsive Engineering, added: “We are pleased to have been able to support Alex as he continues to advance his fighting robot. Mark is one of our young graduate engineers and he has enjoyed working on this project.

“Alex’s achievements are a real inspiration and we look forward to seeing him back on Robot Wars again in the future.”

Alex is hoping to inspire more youngsters on Tyneside to follow in his footsteps when he joins in with the build-up to this year’s Maker Faire, that takes place at Newcastle’s Life Science Centre next month.

The TR2 team will be taking part in a Robot Wars style event at Gateshead Library on March 18, with participants learning how to build and fight their own robot.